The Falafel people are a collection of paintings that for me are about hope, and that contain images and memories from my birth place, Israel. The choice of imagery outlines the human aspect of the national Israeli food, the falafel. Preparing and eating it is a meeting point for Arabs and Israelis where political issues are forgotten for a brief moment, letting other aspects come to life such as friendship, family, relationships and community. The goal I hope to reach by choosing this human imagery is to create a bridge between Israelis and our neighbors and to the outside world.

The inspiration for this painting series came from Henry Matisse and Picasso. I like the simple structure of their paintings, the hopeful bright colors, the sometimes childlike style which is everything but childish.

What falafel means to me?

Walking in the street with my father and mother as a child, hearing them laughing while holding hands. A safe place, home.

Born in 1973 in Haifa, Israel, Avi studied window shop decorator (window dresser) at the WizoAcademy of design and education Haifa, and became a main designer for Solgar Israel at the age 21. Later he was a main decorator for the department store Hamashbir Nazareth and for other home and interior design shops in Israel. In 2010 Avi moved to Berlin, Germany. At the summer of 2020 he started working in his new studio drawing and paintings at schuneberg, Berlin. Avi took part in a few group exhibitions and now working on his first exhibition.

Avi is the founder of the Berlin Jazz community Jazzy Berlin with the dream to bring Jazz back to the streets. 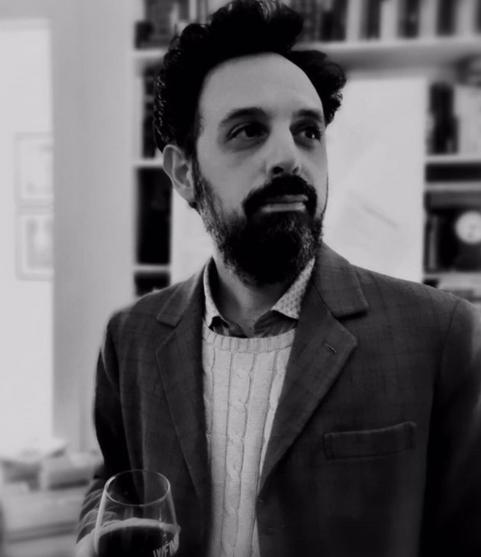