His series of Modern Monsters is an example of his own private point of view of the human spirit. Text fragments are used as a device to reflect a memory, fragrance or a feeling. "I put the pen on the paper, and I force myself not lift it until the drawing is done. I love it, It's mysterious and exciting."

Born in 1973 in Haifa, Israel, he studied window shop decorator (window dresser) at the Wizo Academy of design and education Haifa, and became a main designer for Solgar Israel at the age 21. Later he was a main decorator for the department store Hamashbir Nazareth and for other home and interior design shops in Israel. In 2011 Avi moved to Berlin, Germany, where he founded the Jazzy Berlin Community. At the age of 43 he started painting, slowly gaining experience to find his own voice and at the beginning of 2020 he started working in his first own studio in Berlin. Avi is also a musician (contrabass) playing in the Israel-Iran culture bridge project Sistanagila. He is also a busy musician in Berlin's jazz scene. 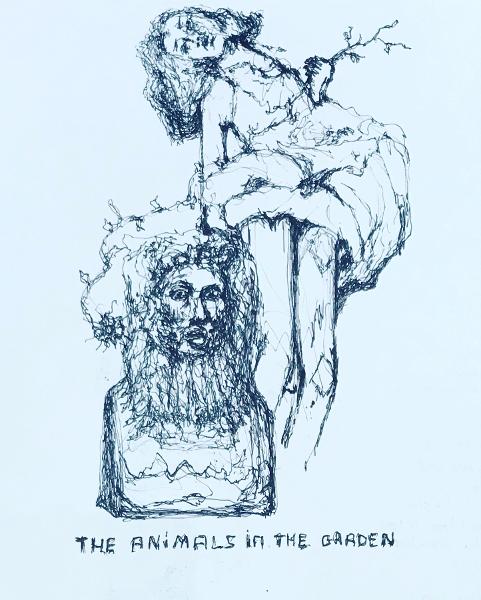